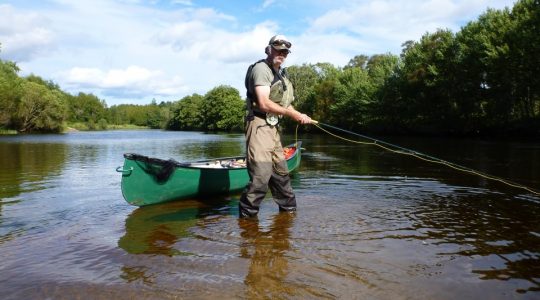 John Gierach once wrote “…. how often do you have a chance to get skunked while casting a fourteen-foot spey rod in the shadow of a castle built two hundred years before the American Revolution?” You’ll be thinking that I quite like John Gierach. Well, I think I do. I like his writing and his [...] 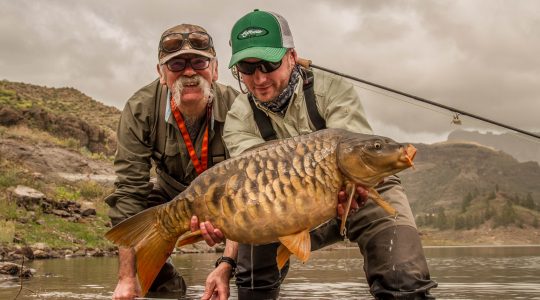 A Brief History of Slime: Fly fishing for Carp

At first glance, fly fishing for carp appears to be a very modern phenomenon; all deer-hair pellet flies and punk camo clothing. But you’d be very wrong! What if we told you that fly fishing for carp is probably as old as fishing itself? And the first reference to fly patterns specifically for carp date [...] 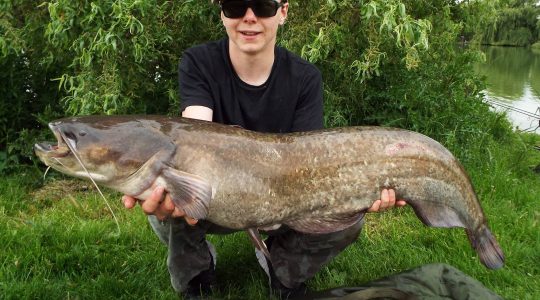 Following our success in the first Honeypot Pairs Catfish Match, my partner Ben and I were quick to sign up when the time came for Round 2. By arriving early, we gave ourselves time to walk around the lakes before the match started, enabling us to make educated decisions during the draw. We came out [...] 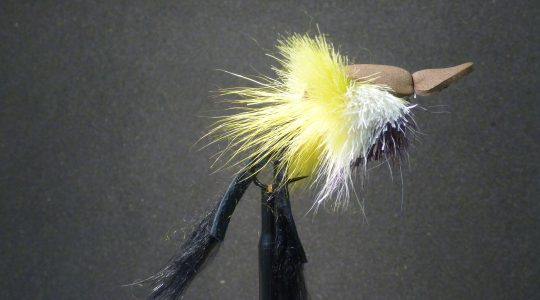 Ever wondered why there’s always a few less ducklings every time you wander past your local pond? Well, I did; so I designed a fly to catch the culprits! In this article I will show you  step by step, how to make a duckling fly. Firstly, let me apologise for both the photos and the [...] 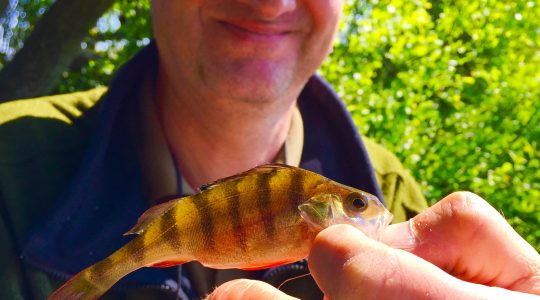 Lure fishing takes many forms within modern day angling. Saltwater and Freshwater the scene is booming and becoming ever more popular, you only have to read the weeklies to see the words L.R.F and Drop-Shot. So this brings me to write about what I’ve been doing recently, ‘Split-Shotting’. I was introduced to this technique by [...] 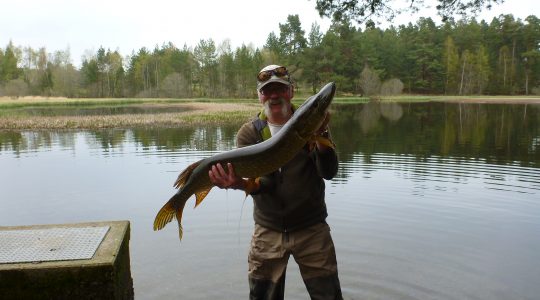 The Perils of Dating Film Stars in Public

Allegedly the best way of keeping something secret is to have it in the open for everyone to see. This has definitely been the case with my alien hot-spot, the duck pond. Every man & his dog walks past, not to mention the mums with pushchairs, kids on bikes, foreign tourists on a post dinner [...] 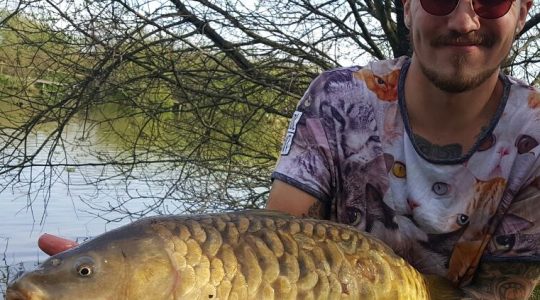 A ‘Fresh’ Take On LRF

Picture the scene. You’re an avid Sea Fisherman on holiday with the family this summer, you’re staying at a holiday park that has a fishing lake, but you only have your LRF gear on you as it’s all you could fit in your packed out car. Your first instinct would be to head to the [...] 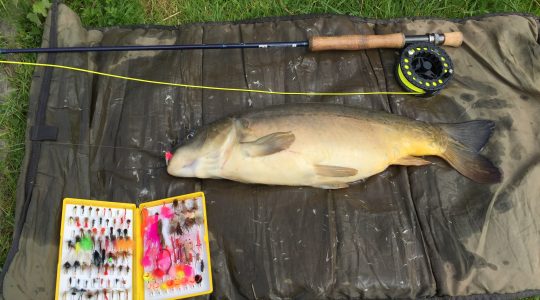 When we think of ‘Fly fishing for Carp’ in the U.K. , we often think – Pellet Flies, G&H Sedge’s and other floating Flies, which can be coloured and fashioned to look like small pieces of Bread or Dog-biscuits. Now over the years when lure fishing for Pike and Perch using soft plastics, I’ve often [...] 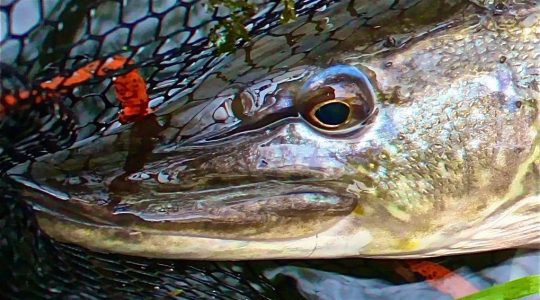 Chalkstream Pike on the Fly

July 2015 I am sitting by a tranquil chalkstream.  Later she meanders through clay farmland but here her emerald pools are placid and deep. This water is rich and clear and the electric flash of a kingfisher scatters some tiny roach as I string up my eight weight. Not the usual tackle for water such as [...] 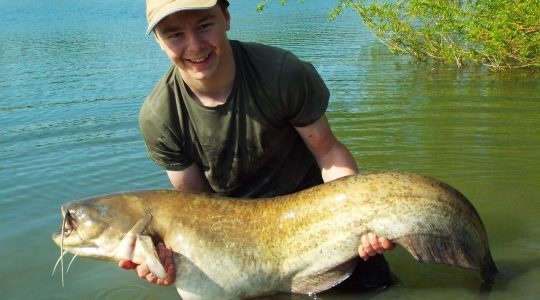 Honeypot Lakes is a day ticket complex in central Essex, boasting two lakes stocked with carp to well over 30lbs and catfish up to nearly 50lbs, it’s a great place to enjoy a day’s fishing. Following a series of successful winter matches, Jim the owner decided to hold a catfish pairs match on the 8th [...] 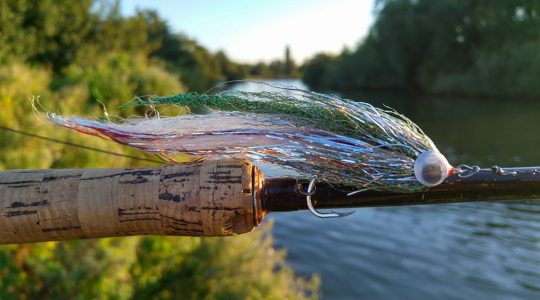 My Paradise – Pike on the Fly

Okay before I start to waffle on about one version of paradise; desert islands surrounded by golden sand, palm trees laden with scotch eggs and waterfalls flowing with the finest real ales (sounds like my ideal holiday destination). It would be rude of me not to give you a brief introduction about myself, leading into [...] 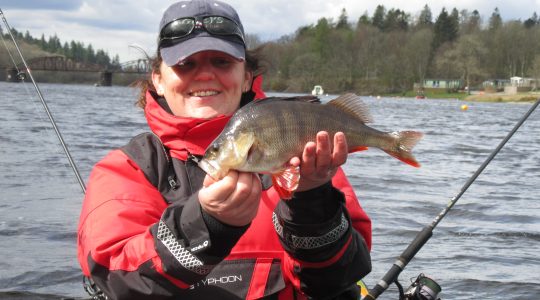 Wind, Rain and a PB Perch.

With no other subject talked about so much on the fishing pages and sites, it pains for me to start this article talking about it…yes you got it, the weather, it literally has had kayak fishing to a standstill for weeks now, with only a few of us managing to grab a hour here and [...] 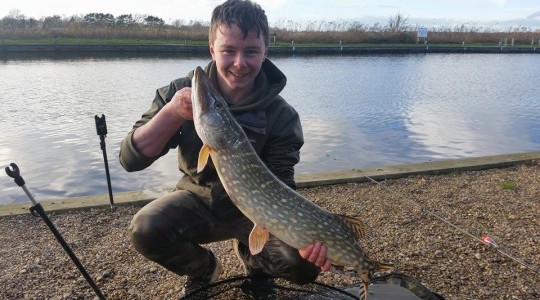 I would like to introduce myself, my name is Sam Tittensor. I am 15 years old. Many of you might think that I am quite young to be writing about my fishing exploits, but I want to give you a perspective from a young angler’s point of view. I started fishing on a local river [...] 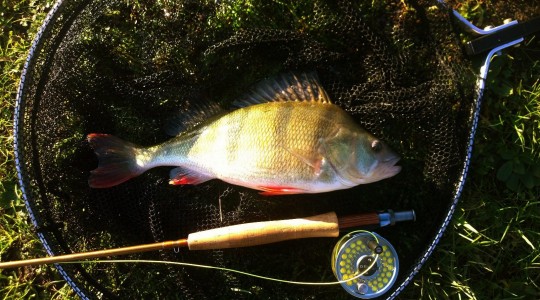 Richard Walker described the perch as “the biggest fish of all” and I think this captures beautifully its mystery and intrigue. We are so accustomed to those tiny easy-to-catch ones that when we are lucky enough to meet with a whopper its’ sheer scale seems jaw droppingly improbable by comparison – almost like perch on [...] 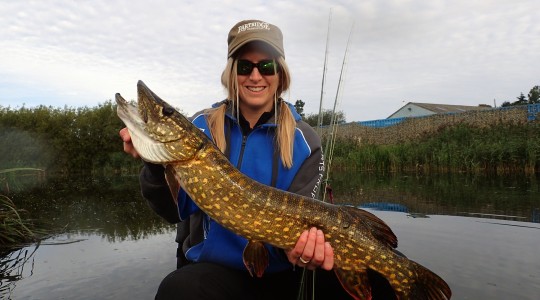 This is my first article for Fishing Tails, so I had better introduce myself. My name is Jo, I am a fly tyer and fisherwoman/wangler whatever the term is! This year I took part in a TV fishing competition called Earths Widest Waters : The Big Fish which took me fishing all over the world, [...] 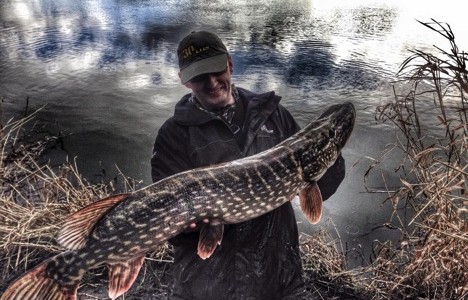 Pike fishing in January, is it a happy new year?

Hello again, here is my review for Fishing Tails of a mostly cold and bitter month that is January. As I’m sure you all know this is the time of the year when the weather really sorts the men out from the boys and even more so for the braver Sea anglers. Still whatever you [...] 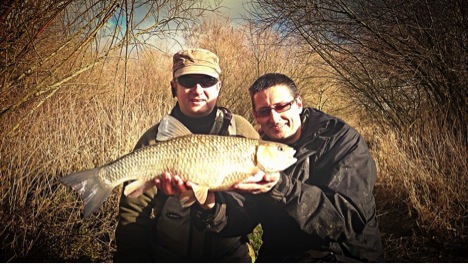 Fresh fish of the week

You may have noticed an increase in freshwater reports over the last few months as we continue to look at how it can be a viable and cheap way to pass the long winter months when sea fishing can be tough! As part of this crossover initiative  our own pike fishing expert Nathan Edgell invited myself and Sean along [...] 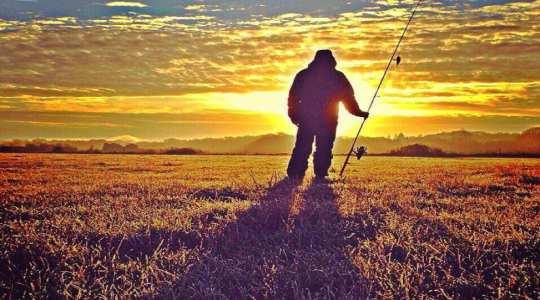 Ahoy there, Happy New Year to all I hope you all had a good Christmas, I certainly did and I got some new fishing gear that I’ve already started putting through its paces. Upon reflection I think the only thing that went wrong this Christmas is that it went too quickly. Before I continue with [...] 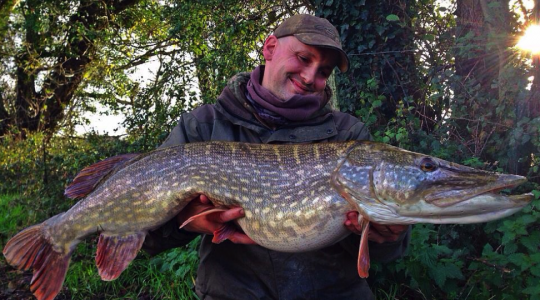 So November has passed, Christmas is fast approaching and the days of the advent calendar are numbered. Reflecting on the month, well it’s been a very good one especially since my time on the bank has been extremely limited. That said I managed seven sessions during the month of November and on each occasion I avoided the dreaded blank which is my only my measure of success for a fishing trip. Out of the seven sessions only two were full days, when I say “full days” I mean having the opportunity to fish from dark till dark and both of these full day sessions I wasn’t actually seriously fishing myself but trying to put a friend on to a good river pike. I’m delighted to report that both of these good friends succeeded in banking a river twenty pound pike and that I also had a couple myself for the month, however I did catch a rather special fish for me, but to learn more about that then you’ll have to read on. 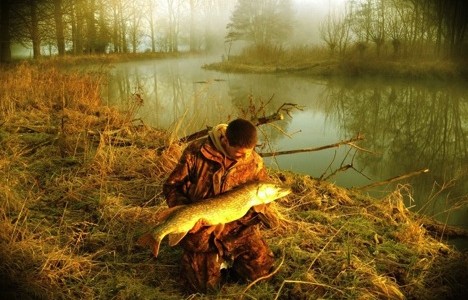 When asked by Sean to write a series of articles and reviews for predominately sea anglers about fresh water angling I was a little confused at first, maybe a little bemused but then the idea began to grow on me. After all this year I was fortunate enough to get out and catch some sea [...] 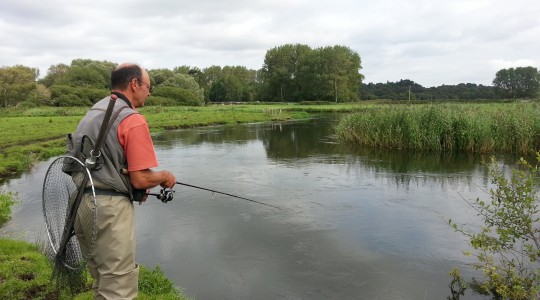 A day on the River Frome

I am not all about sea fishing! I love all types of fishing but to me river fishing on a Salmon river is something special. I was brought up on river fishing in Scotland and it will always be my true love. However the expense of fishing rivers in the South West of England is [...]