Does Size Matter? Thank goodness that Chesil is not the only place to fish

The humble Dogfish is no great sporting fish and can often be a nuisance when you are trying to target some of the more prized species, but there are days when a single Dogfish is more than welcome to help avoid a blank. That is why I am sickened by the reports I have read this week on the BBC news, about a large number of Dogfish that have been found dead on Chesil Beach. They were found on a 200m stretch towards Portland by Steve Trewhella. Some of the Dogfish had been slashed along their backbone.

I have another witness to the event and he tells me that he had inspected the Dogfish and they did contain holes in their mouths that could have been caused by hook damage. 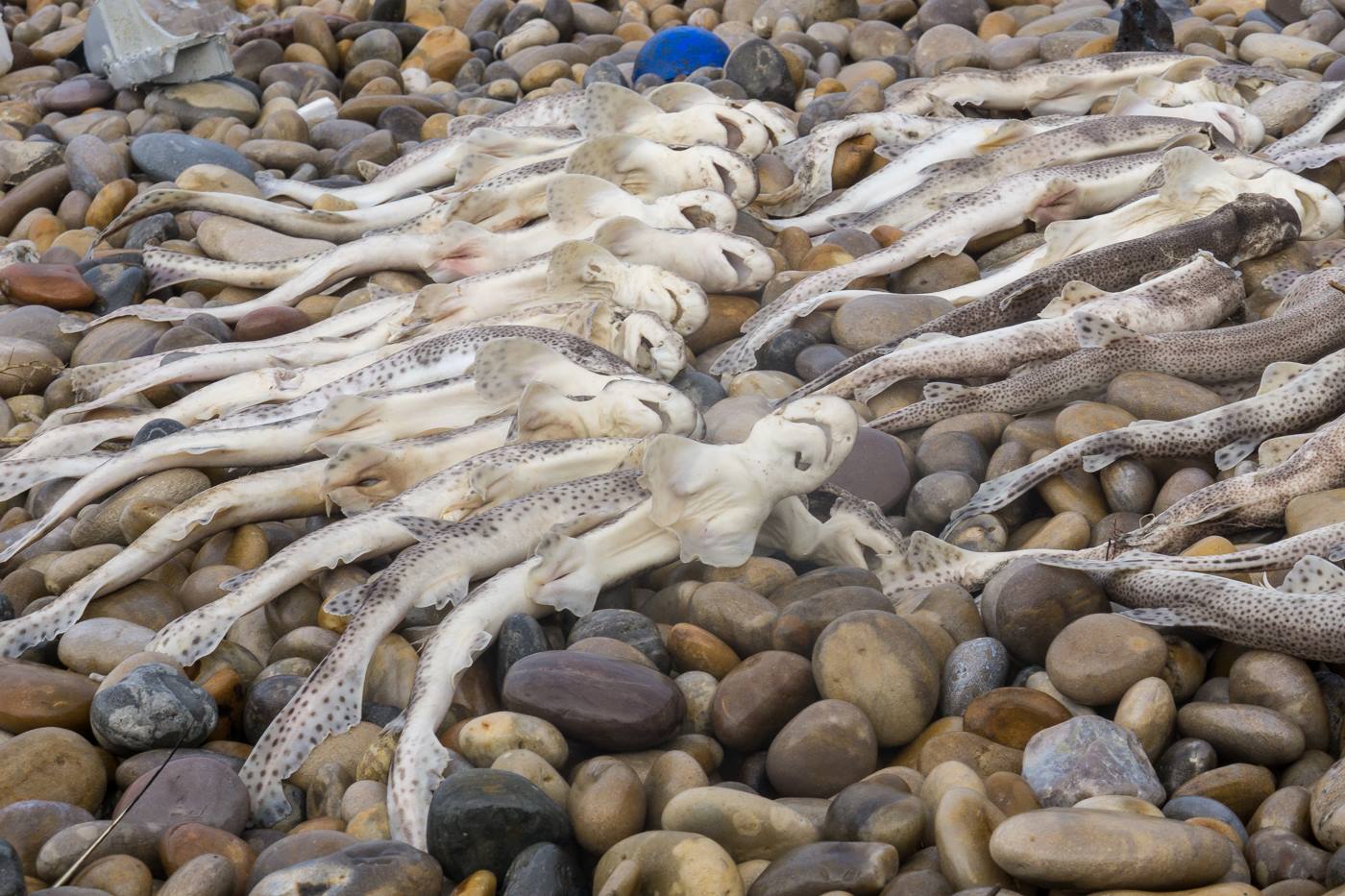 I have read a number of pathetic excuses as to who is to blame. Some have claimed that it was a group of Asian’s that cut the fins off for soup, or that it was most likely a commercial boat that had just dumped them. Lets stop pretending, we all know in our minds that it was a bunch of mindless idiots that claim to be anglers. I say a bunch of idiots, because given the number of fish involved, it is highly unlikely to be a single person that is responsible for the mindless killing of at least 40 Dogfish.

If I see anyone mistreating or unnecessarily killing any fish of any species I will photograph and shame them. There is no excuse for it and it only gives the anti’s more ammunition to use against the majority of us that are responsible anglers.

Rant over! lets get back to what has been happening this week and what to expect over the next few days. For almost a week Chesil has been uncomfortable at best and unfishable for most. My mate Paul Black managed a trip to Abbotsbury where he had a couple of nice Cod. He reported a number of other anglers had also managed to successfully get their baits out far enough to catch a few Cod.

Portland Harbour has produced a number of Bass this week. Dean Rook followed my example of getting out in the wind and managed a couple of Bass himself.

For those that didn’t see my short video of a rather blustery fishing session last Saturday I have included it here.

I had hoped to get out on the beach this morning but the window of lighter wind that I had expected has not arrived. So Bass fishing it will be on the lures.

Chesil Beach: unfishable for most of the weekend

Portland: Huge swell on the West side making it unfishable, but the East side has a large but fishable swell with coloured water

Chesil Beach forecast: Unfishable at the moment. There is a potential break in the wind on Sunday morning. If it does break for a few hours then the target will be Cod and Bass.

Portland: This looks like a no go for the West side, but the East side should produce Conger and Bull Huss. Church Ope has a fair amount of weed in the corner, but it is fishable and should produce Wrasse and Pollock.

Portland Harbour: The harbour will provide shelter. Small tides are not very good for Bass, but there may be some still around. Flounder are easy to catch in the shallow sandy areas all along the harbour.

Weymouth Bay: Another good mark in the SW winds. The piers will produce lots of species and the odd decent sized fish. Preston Beach remains my favourite mark in these conditions. Rays, Bass, Whiting and flat fish are all on the cards.

If you don’t want to come to Chesil or Portland then how about choosing one of the other Fishing Tails Guides. Leo covers shore guiding in the Poole and Purbeck area and Anth Constable will be covering the North East. I also hope to add a guide in the Plymouth area very soon. If you want more details then drop me an email to [email protected]

Does Size Matter? Thank goodness that Chesil is not the only place to fish