Where are the Mackerel

After a very promising start to the year, with Mackerel being caught as early as February, I am very surprised that we are struggling to see any being landed locally. It is not just a local problem, as there seems to be a lack of Mackerel everywhere. Thinking back, we had the same problem last year. Perhaps I am just being impatient and the Mackerel are just arriving later each year.

I had my young nephew Charlie, staying with me this weekend. I had promised to take him fishing for the first time. Armed with my Fladen Rock Buddy LRF rod and a packet of Verms, we headed to Ferrybridge. A quick cast near the bridge pillars, soon found the fish. Charlie almost had the rod pulled from his hands, when it was taken by a 3 1/2lb Wrasse. Not bad for his first ever fish. I can safely say, that’s another youngster well and truly hooked. 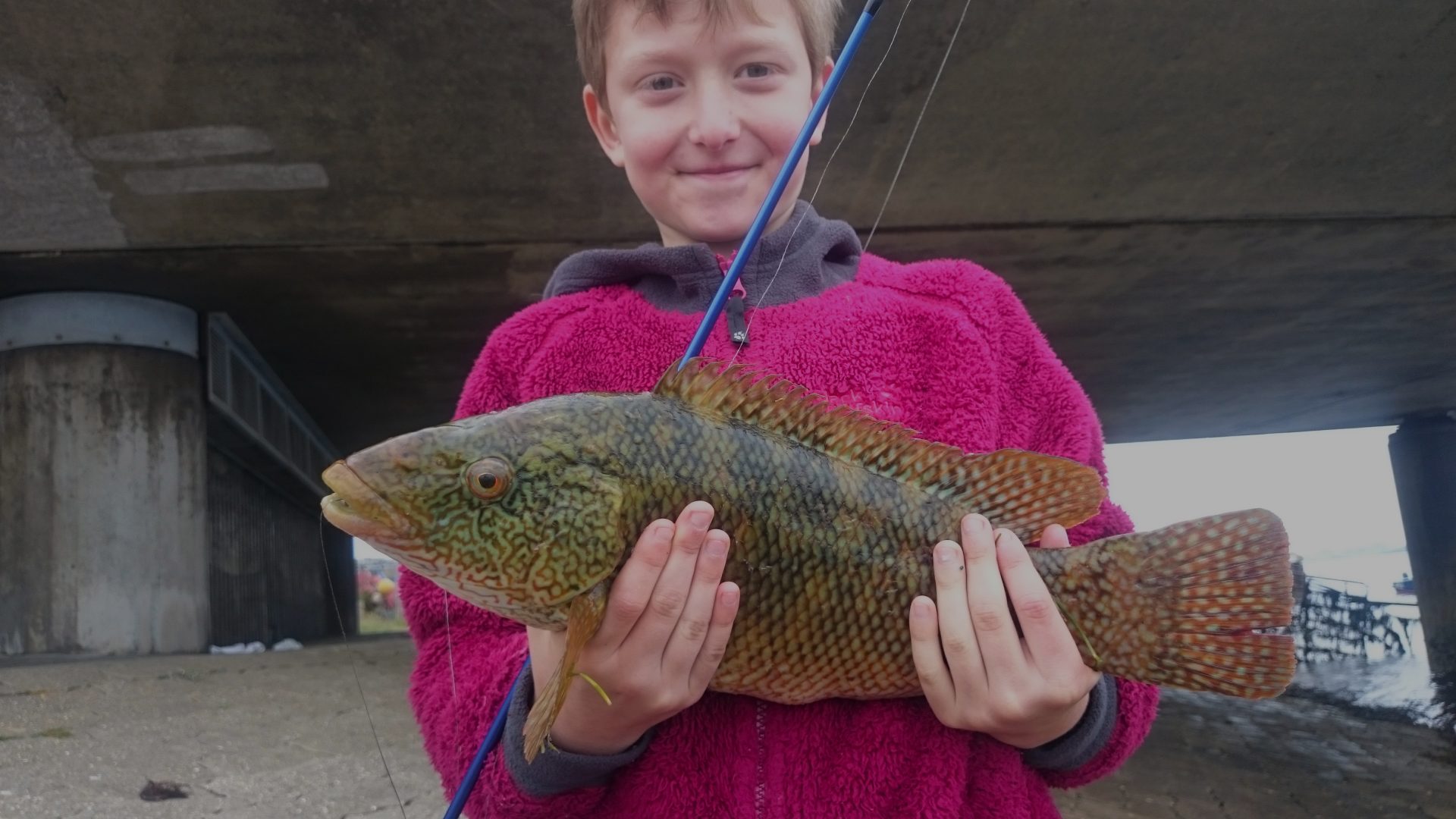 Stu Holden sent in this report from his trip at the weekend. Fished Abbotsbury yesterday from 4pm to 11pm and had a couple of Hounds, plenty of Dogfish and 2 Undulate Rays, one of 9lb 2oz and this one pictured at 11lb 7oz and a PB Ray for me. Mackerel and Squid cocktails did the business and they both came in consecutive casts Best regards, Stuart Holden, Gillingham, Dorset. Three counties SAA. 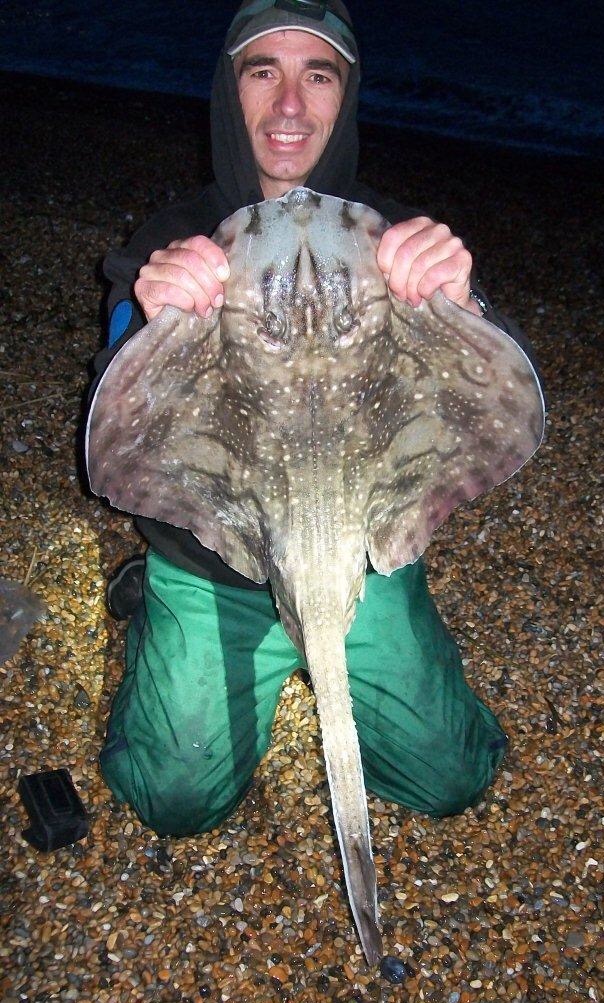 I am desperate to get my first Smoothound this year. So far I haven’t tried for one, as when I have had time between filming and guiding, I have not been able to get hold of any Peeler crab. Reports from the beach this weekend, suggest I might not need Peeler. Fishing Tails photographer Gavin managed an 8lb Hound on Black Lug and Bill Morris, the distributor for Trabucco rods in the UK, decided to put a pesky Spider crab that he caught, to good use. After cutting it up into bite sized chunks and securing it on with some bait elastic. He decided to go light with one of the Trabucco Athena rods rated at 160g. Using only 90g of lead and .22mm line, he was able to blast the crab bait out to where the Smoothounds were cruising. The result was a hectic couple of hours with hounds well into double figure in weight. Amazing sport and fun on light tackle. 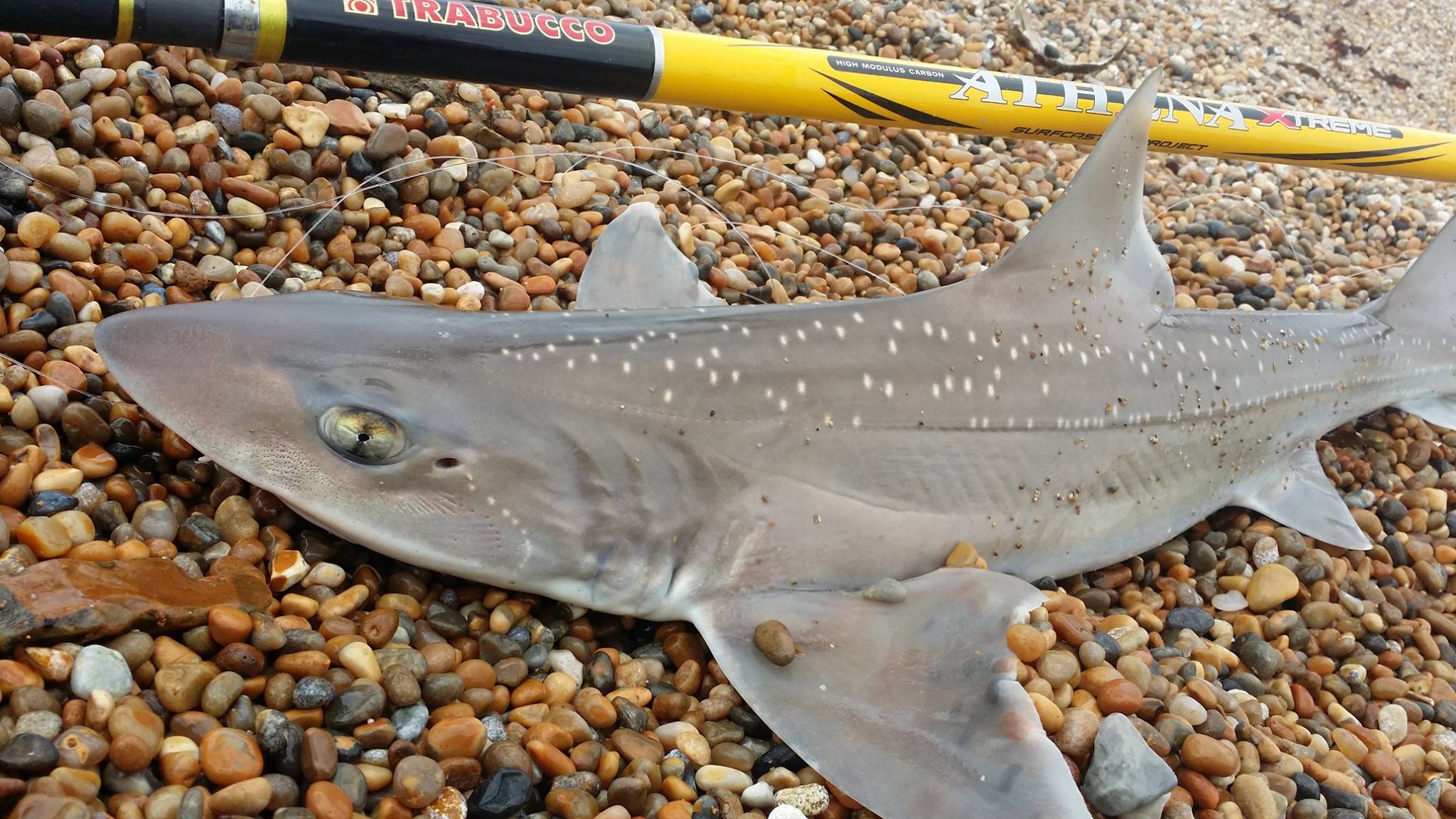 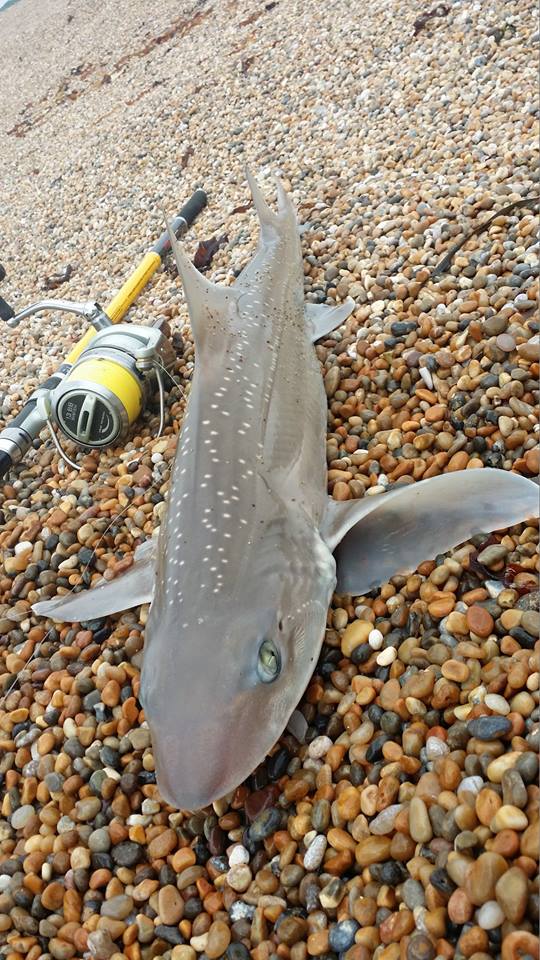 Chesil Beach forecast: After yesterdays blow, the beach will start to settle again. This normally brings in Bass and Rays. At some stage the Mackerel will show, but it is more likely to be towards the end of the week. The tides look good for Plaice fishing at Abbotsbury.

Portland: the island should return to the same good form that it was before the blow, with lots of Wrasse and Pollock .

Portland Harbour: plenty of Wrasse and small Pollock from Ferrybridge and the reefs at Sandsfoot Castle.

Weymouth Bay:As Usual the piers have continued to fish well. Not so the beach at PReston. It may improve with a chance of Ray at night and Dabs and Flounder during the day.

Fishing Tails > All Articles > Reports > Chesil Beach > Where are the Mackerel

2 Responses to "Where are the Mackerel"